Sometimes all the right pieces fall into all the right places, and creates an epiphany state of mind.  I found Kokopelli, the God of the Anasazi Indians, and He was right in front of me, literally.  I could only paraphrase his description, so I'll leave this link if you want to learn His story, Kokopelli.  He is the Fertility God, Prankster, Healer, and Storyteller. 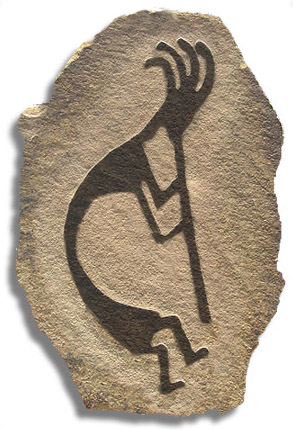 So, there is a long string of events that turned me this way and that way, goes around to Ancient Aliens, and back to Wingmakers, then over to Rosemeade Market, up to the Cosmic Paradigm, and ends in my own kitchen.  I came close to the revelation a few times, but never put it all together until now.  About four years ago I went to Red River, New Mexico, and I was pretty close there, but still far away.

The Wingmaker's book, Ancient Arrow starts with an experience of a woman who is the leader of an Indian tribe of Self-Knowers, known as the Chakobsa, later to be known as the Anasazi.  I was within a stones throw of that land four years ago.  I have been studying the spirit for a couple of decades now, and have had spiritual epiphanies before, but not of this magnitude, or coherence.  You find bits, and pieces, little keys, pick them up, hold on to them.

So the word Anasazi has been festering in my brain for some time.  Later I find Amaranth and Quinoa in a similar way, they are a couple of grain bearing plants that Indian cultures like the Inca, and Mayans were interested in.  The Chakobsa were descendants of the Mayans.  These Indians are still over there, one state over, and today the most predominant tribe in the area are the Hopi.  They have been giving us clues, waiting for the paleface to wake up.  I am kinda embarrassed that it took me this long to find Kokopelli.

So, we picked up some Indian art when we were in Red River, well on that trip anyway.  They are ceramic tiles with hand painted figures on them.  One has a Chile Ristra, one has the Sun God, with a Chile Ristra in front of it, and the last is Kokopelli.  So, last week I am cleaning the house for Thanksgiving.  Trying to be in a good mood, despite the huge amount of work we do before Thanksgiving, and I find these tiles.  I think, these are cool, I should put them out for Thanksgiving, and they have remained behind the stove every since.

I have made a few posts about the spiritual significance of food, and how these relate to our physical well being, and mental acuity.  The mysteries of life are not there to endlessly perplex us without solution, we are meant to figure these things out.  One of my fist posts, Grains of the Gods, explored the history of Quinoa, and how it was very important to the Mayans.  But I didn't see the spiritual significance.  Another post, Red Chile Bread, I used Quinoa to make Red Chile Bread, which has other spiritually significant foods, Chile and Pine Nuts.  Then the last piece of the spiritual culinary puzzle is the Anasazi Beans, Anasazi Bean Chili.  I caught Kokopelli in the picture with the Chili, and I didn't know who he was at the time. 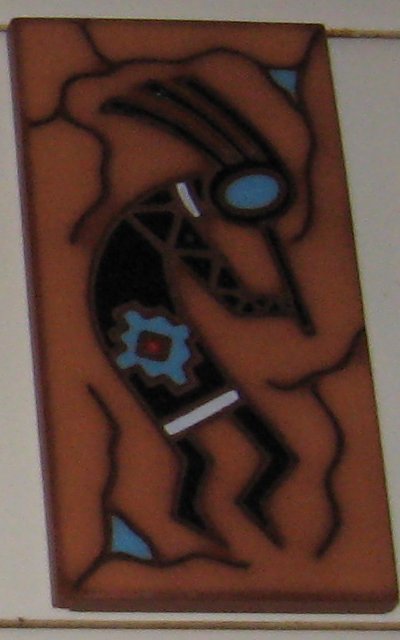 It wasn't until I ate all three of these foods together that I had this epiphany and found Kokopelli.  It was a flight of contemplation that put pieces together that were accumulated over a 5 year span, that made me realize not just the spiritual significance of food, but also our physiological dependency on the right foods and the terrible sacrifice we make by eating the wrong foods.  All things are tied together, and work together like Kokopelli is The All, One.  We are all part of The All, we are all Kokopelli, together we are One.

Athletes eat to enhance their performance.  High quality proteins, and potent vitamins increase their physical prowess.  Great thinkers optimize their diets to boost their mental capacity with "brain foods".  What if we can increase our spiritual awareness by eating foods that are optimal for that process?  The Wingmaker's materials suggested that our DNA was damaged intentionally by a race of beings that wanted to use us as slaves (The Annunaki), and that the repair of the DNA would return latent, long lost powers that are mystical to us today, but should be as autonomic as breathing to us.  Can we repair our DNA, and regain these lost powers, such as telepathy, telekinesis, mental healing, and teleportation?

There have been many people that have scratched at these ideas.  David Wilcock believes that we are in the middle of an evolutionary cycle that will literally mutate us into a more evolved species.  But it may be that we are returning to the way we once were.  My epiphany was generated by lunch today.  I had the last piece of my Red Chile Bread, a cup of Anasazi Bean Chili, and some homemade Pico de Gallo.  I was musing about these ancient foods, and looking for Anasazi Glyphs on the interwebz when I found Kokopelli, and put all this together.  The combination of Anasazi Beans and Quinoa is probably one of the most perfect foods for a human, but what if its more.  Then there are the Chiles, and Pine Nuts in there also, all spiritually significant foods.  What if its a catalyst that allows our spiritual awareness to exponentiate, or provides the raw materials to repair our "broken" DNA as the Wingmaker's materials have suggested?

Kokopelli knows, and he whispered it in my ear...
Posted by Z.Monkey at 1:05 PM 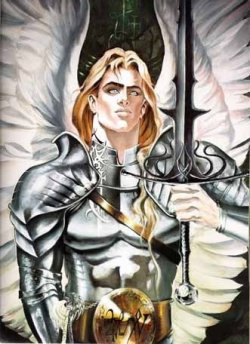 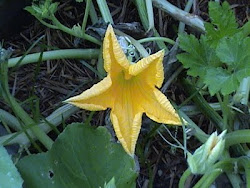 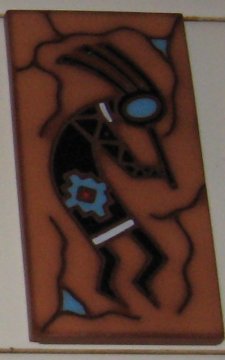 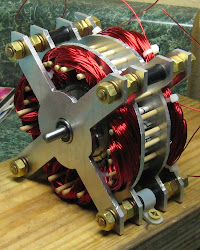 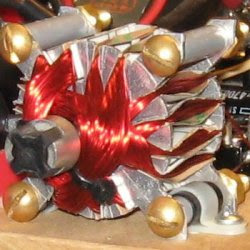